In addition to the missing pattern, the piece of Ash supplied to make the rear edge blocking is too short by about half an inch.

Rather than wait for a replacement I decided to make it from a piece of Ash which I had left over from making the hood, because it was not wide enough and had to be replaced!

So I cut a piece of the required size according to the pattern. Here it is in the vice, being marked up. 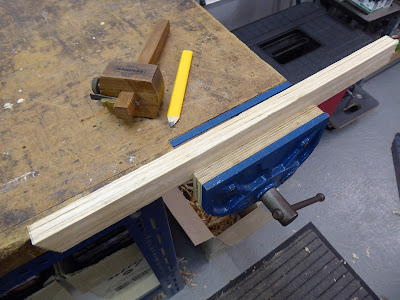 It needs to taper to 1/4" at the trailing edge, so I planed it to the required shape in the vice. Like this. 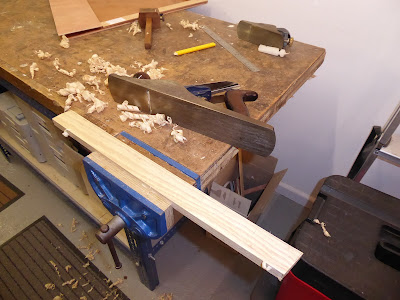 A saw rasp was also useful for shaping, as here. 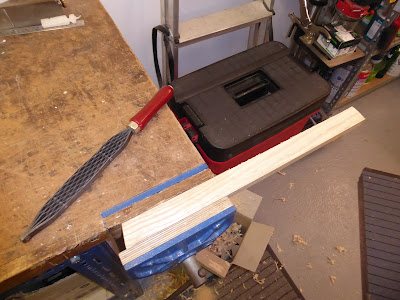 It didn't take long to make the finished article. 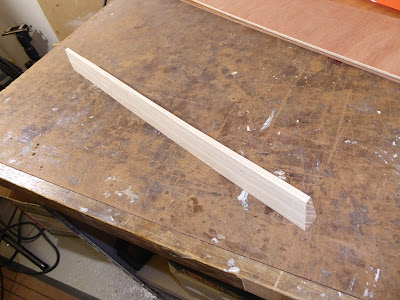 Except it wasn't finished - I just didn't know that yet.

Next the bottom blocking was cut out and marked up in the vice using the patterns, as here. 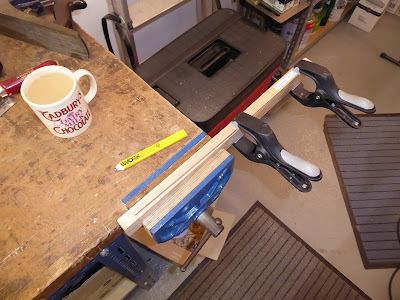 This blocking was completed with the jack plane, like this. 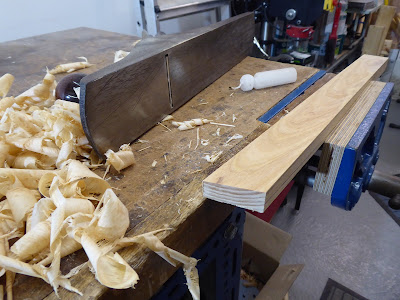 At this point I realised the the rear edge blocking was way too fat to mate with the bottom blocking, and needed to be much slimmer.

So it went back into the vice for more trimming. When finished it now looked like this. 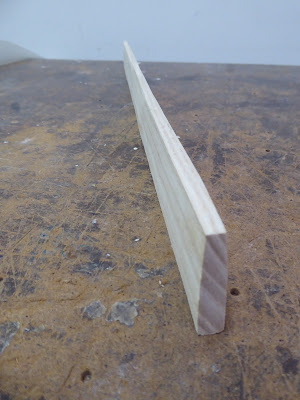 Next the top blocking was cut and finished. Here it is in the vice being shaped with a saw rasp. 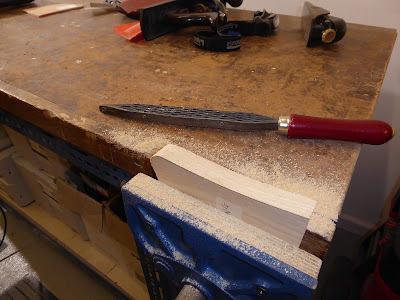 Blocking for the cheeks is made from two pieces edge-glued together. This is how I clamped them up on the bench. 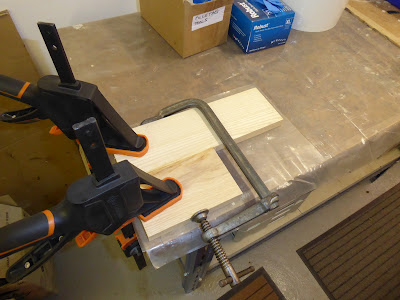 Work on the blocking will resume when the cheek blocking is fully cured.