I wanted to assemble the companionway hood so would next need to cut the grooves which allow the slide to move back and forth.

This promised to be a challenge.

As usual, the manual says to cut the grooves with a table saw which as usual we do not possess.

I tried a hand plough plane which I used years ago to make tongue and groove boards, but it was defeated by the very hard and grainy Ash from which the hood and slide are made.

I then set the router up with its fence for hand held use, but that was clearly never going to work and was in fact downright dangerous!

The only option was to set up the router table and run the side pieces across in multiple passes until the grooves were complete.

I set it up and found that the router depth-of-cut adjuster did not allow a sufficiently deep cut - the screw was too short. So I made a new one from a 50mm M5 machine screw and we were in business.

Being large, long, heavy and unwieldy the side pieces would need ample support as they were pushed across the small router table.

I devised the following set up, using a pair of wine boxes with pieces of scrap MDF taped to their tops to obtain exactly the right height. 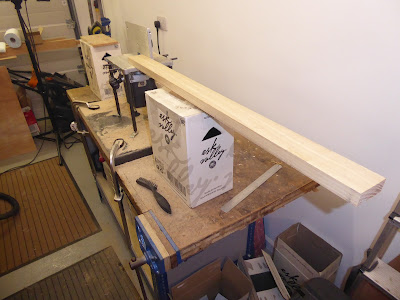 A test pass with a piece of surplus Ash showed that it worked very well!

I set the cutter up carefully to make the grooves 3/8" deep and 7/16" from the bottom outside edge of the side piece, as shown in the drawings for the companionway.

Then I proceeded to successfully cut a complete groove in the scrap Ash, discovering in the process that the key to success is to make very many, very shallow cuts.

The Ash is so tough that it bogs down the cutter and scorches the wood if you try to cut too deeply.

So I made many passes across the table with tiny increases to the depth until we achieved a 3/8" deep groove.

This is the finished groove on the test piece. 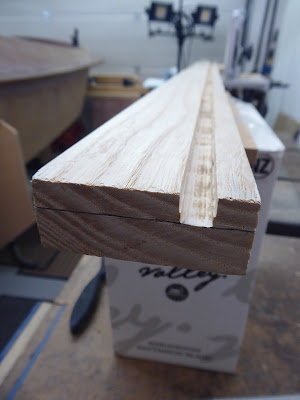 It's pretty rough but provided the learning needed to make the real thing.

Here is one side piece with a completed groove and the tools needed to clean it up after routing. 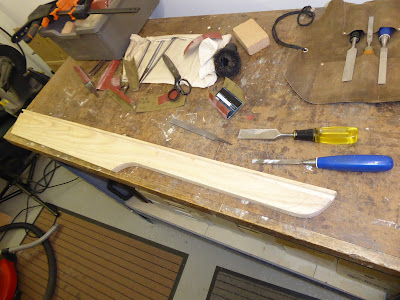 This is a view inside the finished groove. 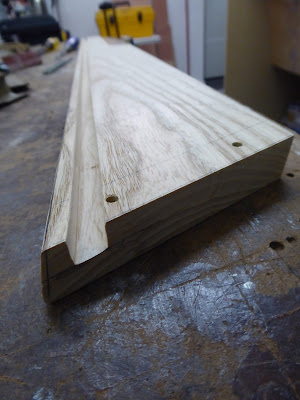 Here are both side pieces with finished grooves on the bench. 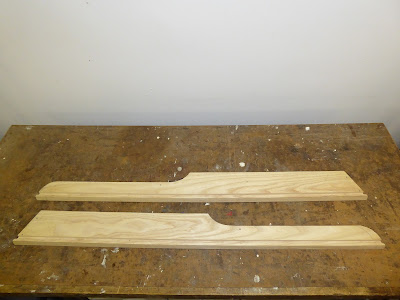 Lastly I plugged the forward end of each groove with a filler piece, like this one glued in place. 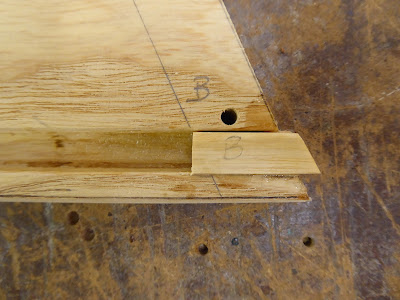 This is what the stops looked like when trimmed and cleaned up. 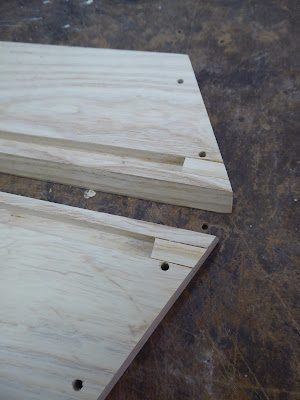