I had previously made the pieces for the companionway hood carcase, or frame, and now it was time to assemble them.

The first task was to cut the bevel on the bottom edge of the side pieces so they match the curvature of the deck.

The manual handily tells us that the angle is 78 degrees, so I used the protractor and cutting gauge to mark the bevel. Here is a side piece in the vice being bevelled with the block plane. 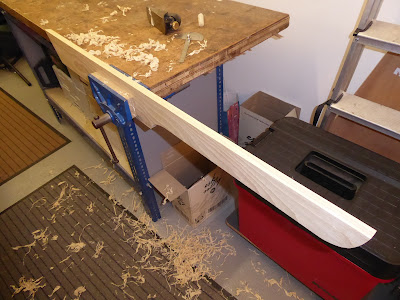 The manual states that the width of the assembled hood should be 30 5/8", meaning that the front piece must be 29 1/8" wide.

The hood and slide together are a fairly complicated construction, and I was concerned that something might not fit if I made a mistake in the measurements. So I was extra careful to mark up the front piece correctly, as here. 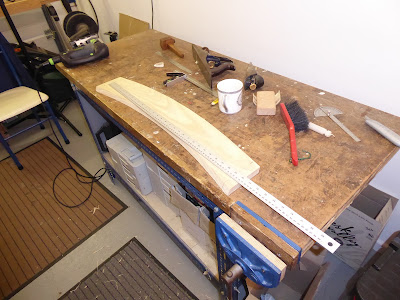 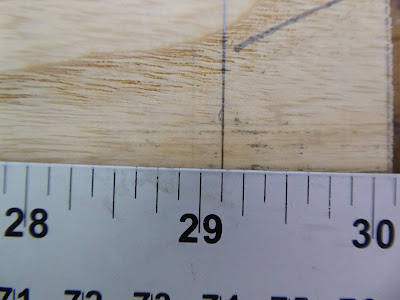 As they say, measure it twice and cut it once. I probably measured it more than that before firing up the jig saw and cutting the piece to its correct width.

Here are the front and side pieces propped in place on the cabin roof, showing the required bevel marked up on the front top edge. 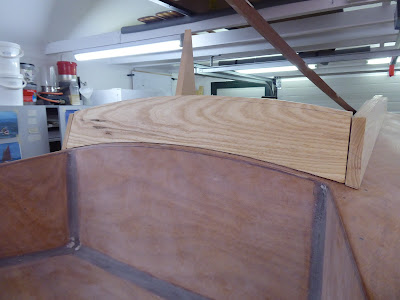 We have to remove quite a lot of wood to achieve the bevel, as seen here from the side. 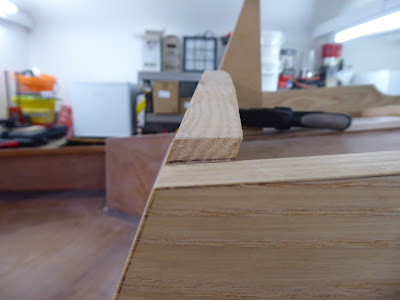 Better to have too much than not enough stock, though!

It had long been obvious that the side pieces were too long, as can be seen here. 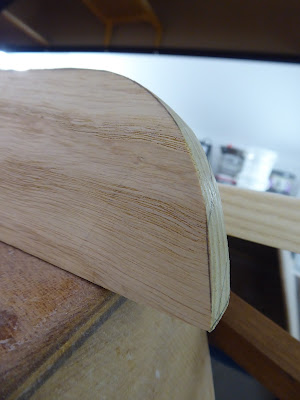 At this stage I wasn't sure if the excess should be trimmed from the front or rear of the sides, so I left well alone for the time being.

It's pretty annoying that the pattern is still wrong, given that this boat was designed in 2008!

Next I planed the top bevel on the front piece. Here it is in the vice being trimmed with the jack plane. 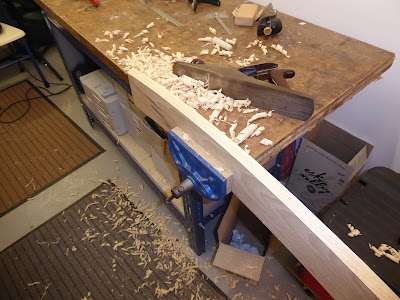 The front and side pieces were again propped in place to check the fit, as here. 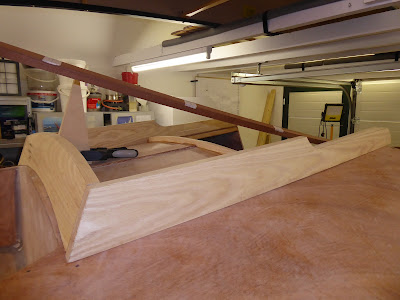 The long piece of Sapele in the middle of the pic is the final rub rail laminate, awaiting installation.

Some checks with the companionway slide pieces convinced me that the excess material should be removed from the rear end of the hood sides, so I marked them up accordingly. Like this. 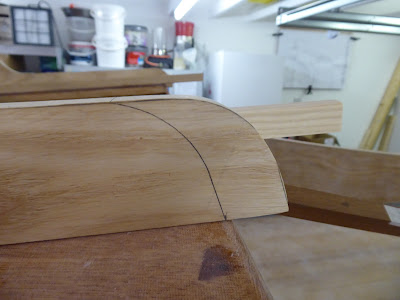 The required bevel was then planed on the top edge, to match the curvature of the top.

This bevel is also 78 degrees. Here it is being cut with the block plane. 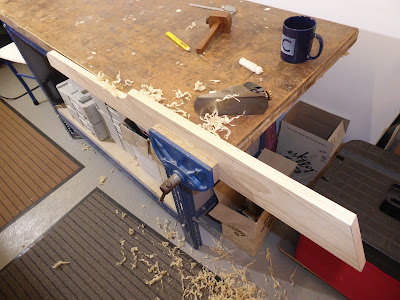 The front and side pieces are held together at the front with a glued and screwed joint.

I wanted be sure that the joints were square and true, so I drilled the screw holes on the pillar drill, like this. 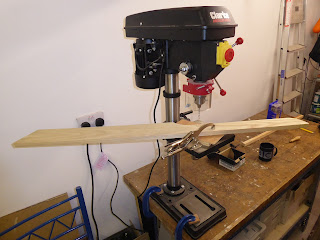 In the above pic I am actually drilling holes for a temporary brace across the middle of the hood, to support it while it is still a flimsy structure.

Lastly the hood frame was assembled, dry with temporary screws and the support brace. 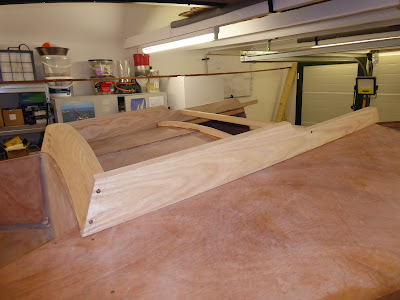 These are the temporary screws holding the front joint together. 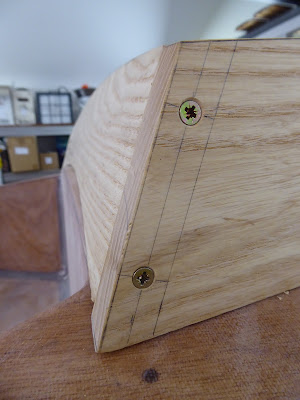