It's pretty cold here now, in the middle of the UK winter. So I left the rub rails to cure for several days before carefully pulling the temporary screws.

Then it was time to clean them up.

I used my Rotex sander in rotary mode with a P40 grit to grind the top surfaces flat.

I then switched to orbital mode and a P60 grit to smooth them out, and finally a P80 grit to sand tops and sides clean.

Here is the port rub rail, looking towards the stern. 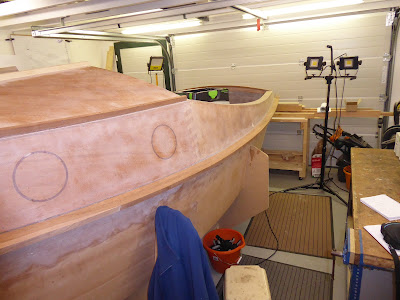 I was worried that the scarf joints might be a bit too visible, but they turned out OK. Here is a set of scarfs on the port rail. 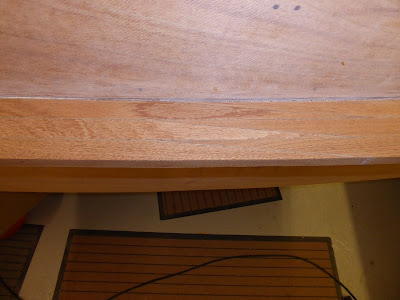 You have to look quite hard to see the joints in the three laminates which make the rail.

This a view of the starboard rail. The newest piece of Sapele is still held in place with screws, to allow it cure fully before receiving the same treatment a few days later. 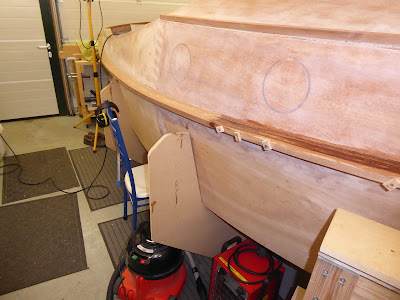 The toe rails were also cleaned up. Here is the starboard rail. 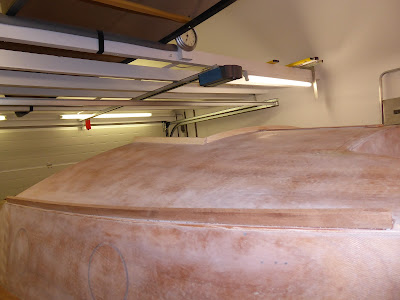 Time to cut the rail ends to their final shape!

I covered the ends with masking tape to mark in varying curves until I was satisfied with the aesthetics.

This is the port rub rail at the bow, with a cardboard template for marking up. 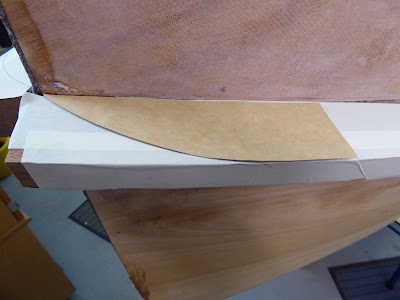 And this is the port rub rail at the stern, with its shape marked up. 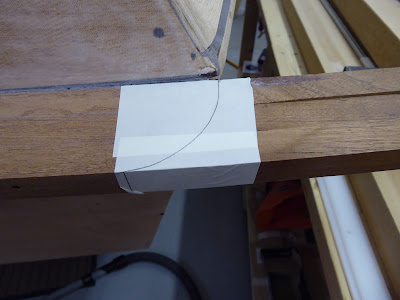 I then cut off the overhangs and roughly shaped the rail ends with a Japanese saw, before grinding them to their final shape with the rotary sander and a P40 grit.

This is the port rail at the bow. 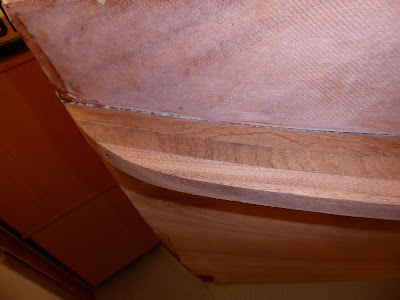 I think the curve might be a little 'fat', but I will see what it looks like when finishing the hull.

And this is the starboard rail at the stern. 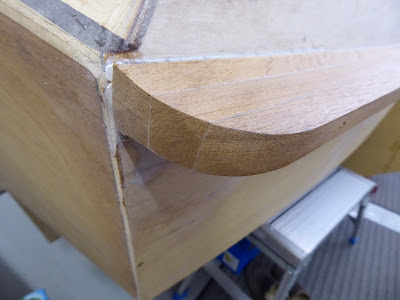 She is starting to look quite elegant!