Flushed with confidence after the successful installation of the starboard second rub rail laminate, I moved on to the third and final piece.

I marked up and drilled the laminate for temporary screws, and drilled pilot holes in the rub rail. Every twelve inches, as learned from the port rail.

Here it is offered up for drilling pilot holes, held safely with ratchet clamps. 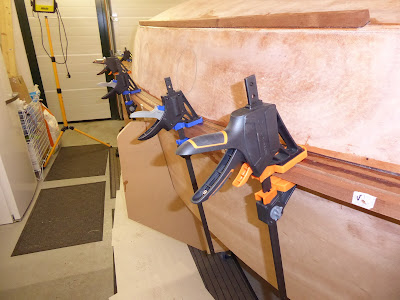 And here it is test fitted with temporary screws, seen from astern. 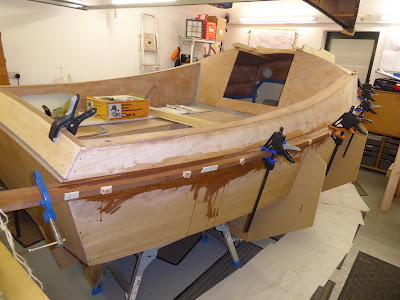 So far, so good. Time to glue it permanently in place.

So I started to slacken off the screws, beginning at the bow.

Except I didn't start right at the end of the laminate.

For some unknown and ridiculous reason I started several screws along from the bow.

As I loosened the screw the laminate promptly bulged and snapped under the pressure. 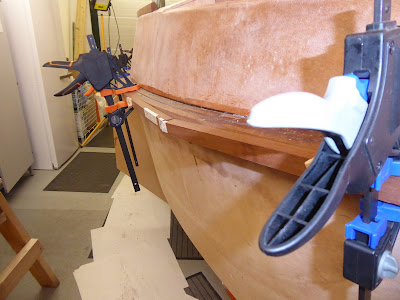 I was despondent, to say the least.

I was half an hour away from completing the rub rail installation, and a silly mistake meant I had to start again.

I had really had enough of rub rails, so I put the pieces somewhere where I couldn't see them and vowed to move on to something else.