A 'grace note for PocketShip', as the manual describes it.

It looked pretty fiddly in the build instructions, but it would at least be a proper woodworking project for a change!

The trim piece is fashioned from Sapele hardwood and consists of two parts - an upper and a lower laminate which fit together as shown in this profile diagram on page 177 of the manual. 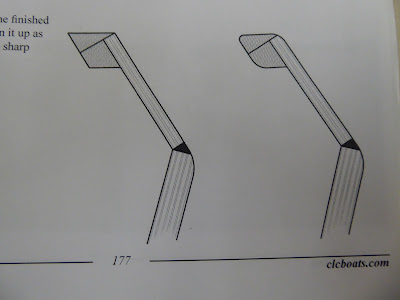 The manual tells us to set the table saw to 60 degrees to cut the required bevel, which of course I do not have.

If I could I would have a band saw and a table saw to hand, but there is simply no room in the workshop and I don't know anyone who possesses such things!

So I made a pattern for the 60 degree bevel, as here. 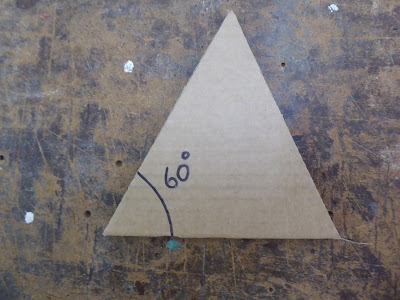 And then I marked up the Sapele stock and planed it to the required profile, as here. 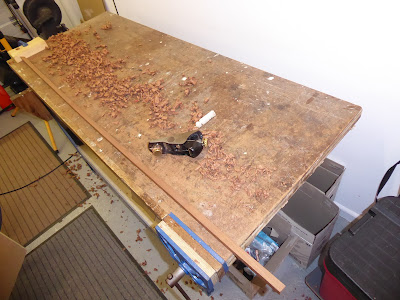 The piece of wax candle on the bench is used to lubricate the sole of the plane when working on hard or difficult grain, and makes it very much easier.

Next I marked up a piece of scrap and planed it to the correct section, and then carefully planed the secondary bevel where the curved lower laminate lands on the seatback top.

Here is the scrap wood pattern. 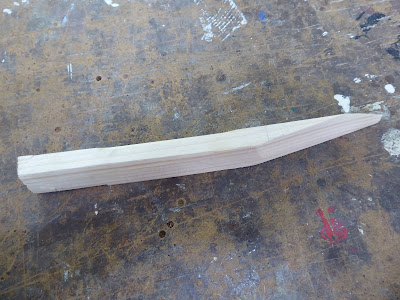 And here it is clamped in place for a test fit. 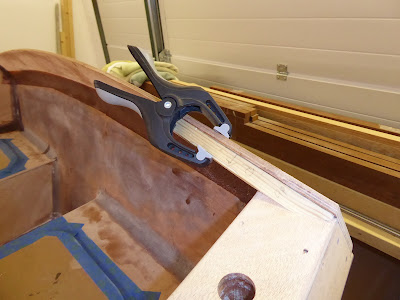 It was a perfect fit, so the secondary bevel was then carefully marked up and planed on the lower laminate itself.

The piece was then clamped in place on the transom skirt for a test fit, as in this pic. 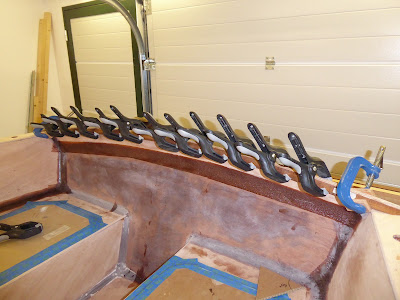 That went well. It bent into place with ease and plenty of spring clamps held it in place with a G clamp at each side to hold the bevelled ends in place.

I didn't take a pic but there is a single temporary screw holding the laminate in place in the centre of the skirt, to help with accurate fitting.

As an aside, you can see that I have applied a second layer of epoxy to the transom skirt fillet, although it is not yet sanded.

Here is a close up of the bevelled end where it lands on the port seatback top. 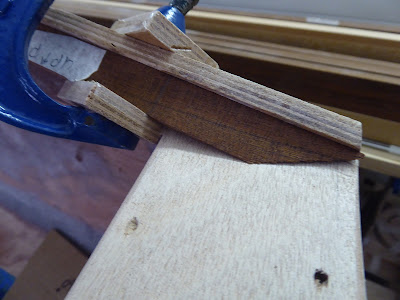 Finally, the lower laminate was glued permanently in place, as shown here viewed from the port side. 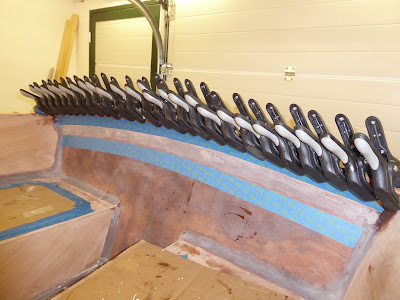 As another aside, you can see that the transom skirt fillet has been sanded and taped up for a final fairing layer of epoxy.

Lastly here is the lower laminate in place, with clamps removed and cleaned up.

The final fairing layer has also been applied to the transom skirt fillet. 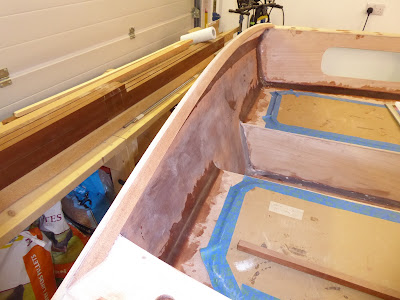 This is what the  starboard end of the laminate looks like where it lands on the seatback top. 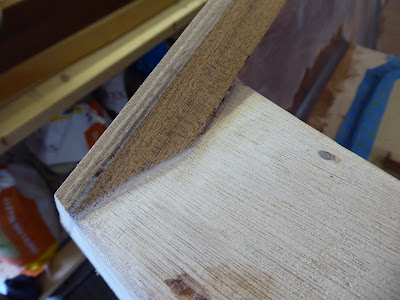 Looking nice. So far, so good!