The interiors of the seatback lockers were painted and looking good, so it was time to install the seatbacks themselves.

This would finally add some hint of three dimensional finality to PocketShip! 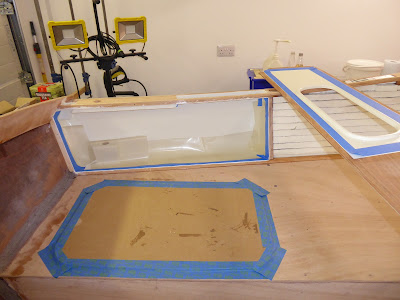 In the port locker I taped plastic sheeting on the deck and sides to catch any drips, which you can see in the above pic.

I had previously decided that the bottom edge of the seatback panel did not need a full set of temporary screws to hold it in place. I would instead employ some lead bricks to push it snugly up against the lower seatback stringer.

Here is the port seatback permanently glued in place. 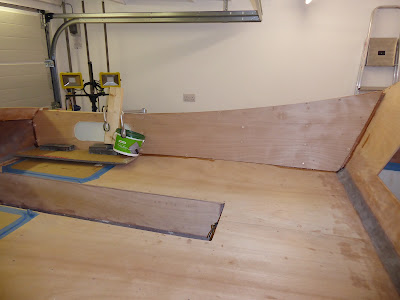 The astute reader will immediately notice that lead weights alone were not enough to press the seatback panel snugly up to the lower stringer. I ended up employing a rather Heath Robinson array of blocks and clamps as well as heavy weights to do the job.

Here is a close up of the lash up. 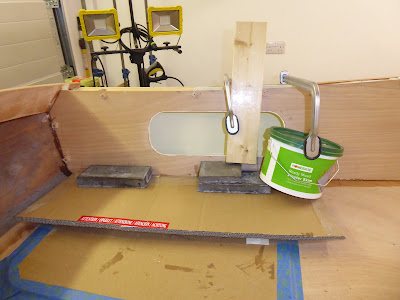 It all turned out absolutely fine but I immediately decided to use more temporary screws along the bottom edge of the starboard seatback panel.

Here is the starboard panel, taped up ready for installation. 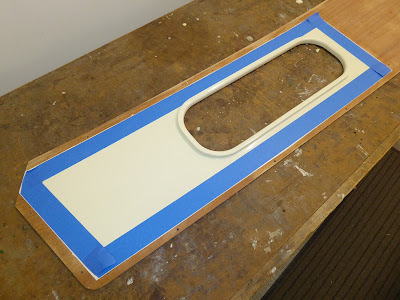 And here is the starboard locker. 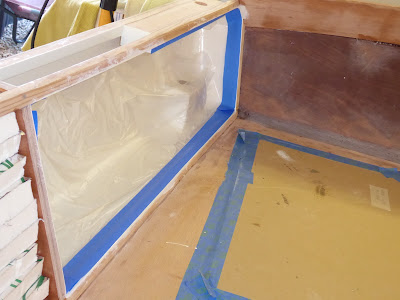 I have improved the protective layer in this locker, using some plastic dust sheeting to cover the paintwork. 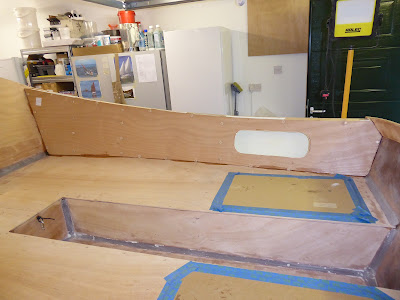 The addition of temporary screws along the bottom edge of the seatback panel made the installation much easier and ensured a close joint without any drama.