The time had come to cut holes for the inspection ports in the Dorade boxes.

As mentioned in a previous post, the 4" ports specified in the build instructions turned out to be too small. The bottom plates on the ventilator cowls are removable, allowing the Dorade boxes to be sealed off from the outside world when not in use.

However, the plates are larger than 4" in diameter which meant that I had to source a pair of 5" ports to be able to remove them from the boxes when they are in use.

The first task was to decide exactly where to make the holes. After some deliberation I decided to place the ports equidistant from the sides of the boxes. The hole is 14cm in diameter, meaning that it must be 8.5cm away from each box side.

Here is the diagram which I drew to work it out. 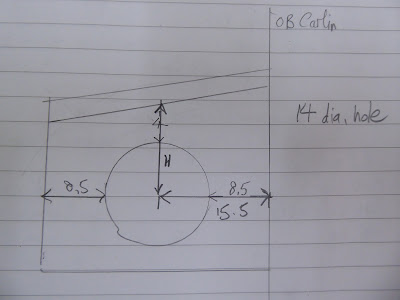 I decided that it would look and function best if the hole was 4cm from the roof cleat in the Dorade box.

This all meant that the centre of the cut-out would be 15.5cm from each side, and 11cm from the bottom of the cleat.

I measured everything up and marked in the centre of the hole on the port side in the cabin, and set my compass to a 7.5cm radius. Here it is. 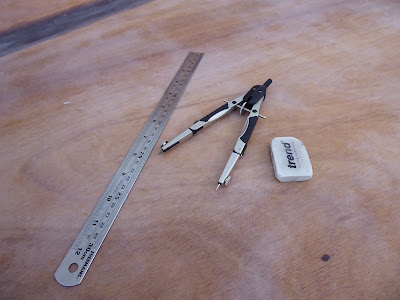 I then scribed in the hole, as here. 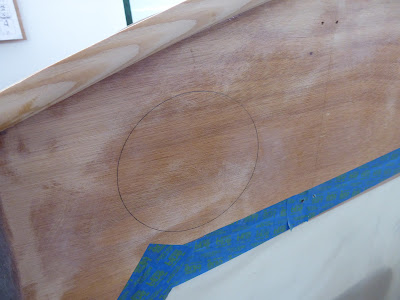 I wanted to be sure that the port would be in the right place inside the Dorade box, so I drilled a 1mm hole through the bulkhead at the centre of the circle and scribed the aperture again inside the box. As here. 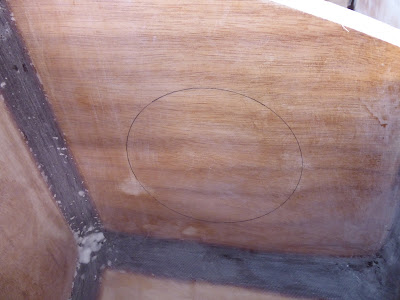 It looked good, so I carefully marked up the starboard aperture and cut both holes. I drilled a large entry hole near the edge of the aperture and used a Japanese keyhole saw to make the cut.

It always gives me an an uneasy feeling when I cut into the boat, because there is no going back if it's wrong!

But it went well. This is how they looked after cleaning up. 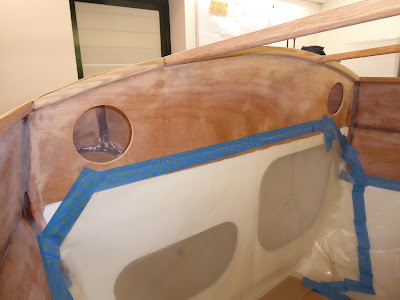 Finally I made a test fit of the inspection ports. Here is one on the port side of the cabin. 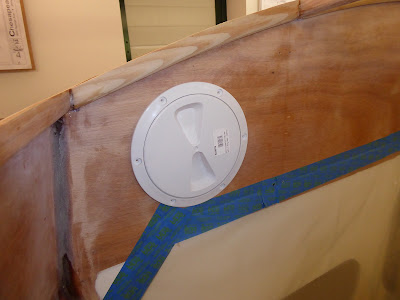