The same logic applied to the Dorade boxes. It would be very difficult to paint once the cabin roof had been permanently fitted.

I broke out the supply of marine undercoat and gloss, and set to work.

Here is the first undercoat inside the port Dorade box. 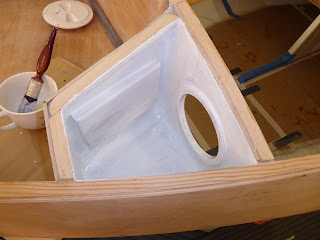 It's a bit patchy, and a couple more coats were required to achieve a uniform flat white base. It's nice paint though. It builds well and doesn't sag or run.

Undercoat was also applied inside the seatback lockers, and to the taped up seatbacks.

When satisfied that the base coat was good enough I applied two to three coats of gloss.

Here are the seatback panels with gloss applied . 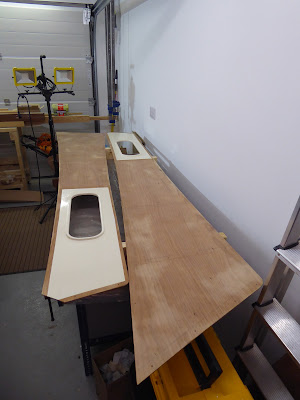 This is the starboard locker, with gloss applied. 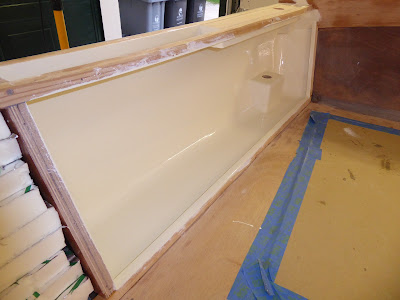 And here is the port locker. 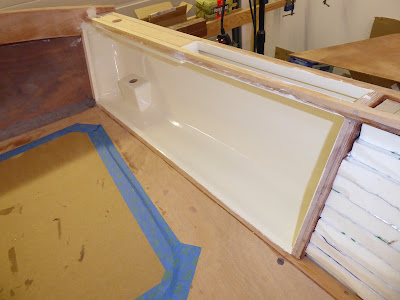 They all look pretty nice, but I was slightly taken aback by the shade of white. I have always had it in my mind that it would be a very 'white' shade of white - like milk.

But this isn't. It's more of a creamy shade of white. MVLW (my very lovely wife) called it 'buttermilk', and pronounced it an excellent choice.

She should know - she has a highly developed sense of colour and shade, so I'm guessing all is well. We had the same issue with the bilge paint in the stern compartment - that was a buttermilk shade and MVLW liked that too, despite my reservations.

This is the paint. 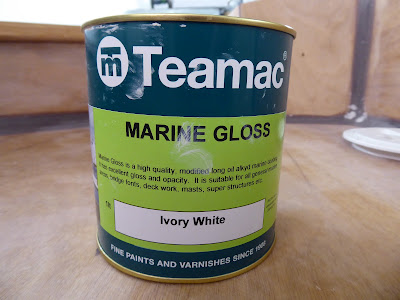 It's really nice paint. It flows and covers well, doesn't run or sag, and it touch dries quickly to a good and hard gloss finish.

The name of the shade should have forewarned me - 'ivory white' is always going to have a hint of creaminess in it, isn't it? Yet this is the palest shade of white that Teamac make, so there must be a lot of off-white boats around. I'm sure it will be fine. I just wasn't expecting it.

The insides of the Dorade boxes received several coats of gloss too. Here is the port box. 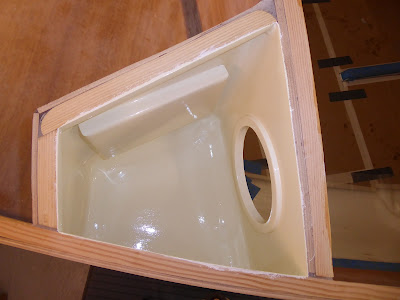 You can see what a nice finish it provides.

And here is the starboard Dorade box. 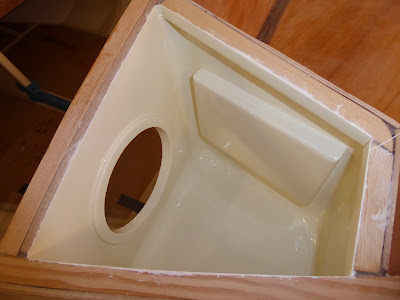 We are getting perilously close to installing the cabin roof - how scary is that?!