I had previously varnished the other spars with a brush, thinking that it would give a good result that would not need too much finishing.

One glance at the varnished spars was enough for me to realise that I should have used the by now tried and tested technique of rolling on the varnish and tipping it out with a foam brush.

So that's what I did with the mast. Here it is in the workshop after the first coat. 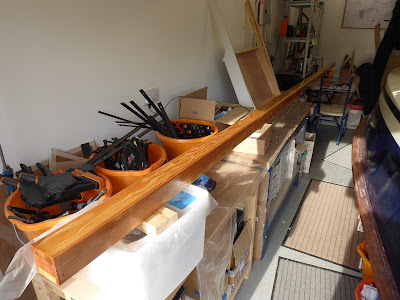 That was much better than a brush!