I next turned my attention to the cockpit deck panels themselves, and prepared them for installation.

Something I had been pondering for a long while was how to clean the glued joints and remove the tape and newspaper from the stern compartment after deck installation.

The build manual shows the decks being installed with no openings to allow this to happen. Presumably they didn't care about drips and runs in the stern on the prototype.

Clearly this was not the way ahead on my boat!

Other builders' blogs show an aperture cut roughly in the deck panel to allow access, which is what I decided to do.

However, I couldn't see the point in waiting until later in the build to make the actual hatch openings themselves. So I did it while preparing the decks for installation. I had the hatches already, so it was the obvious thing to do.

First I made patterns for the hatch opening and for the hatch itself, to be sure that the footprint was good and that there was enough room for the hatches in the aft part of the deck frame. 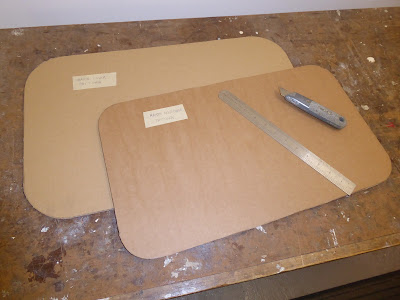 You might recall that early in the build I bemoaned the lack of measurements or alignment slots to show where the deck frame stringer between the transom and bulkhead 8 should go, exactly. I deduced it from the drawings but since I did not have the hatches at the time I couldn't check the fit.

It turns out that I have made exactly enough room for the hatches, which is a good thing because it would be a very big deal if they didn't fit!

I had previously marked out the deck frame location on the underside of the deck panels to allow the temporary screw holes to be drilled.

So now I marked out the location of the hatch openings, again on the underside of the panels. Like this, on the starboard panel. 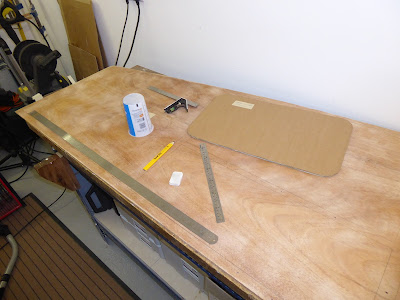 The upturned yogurt pot has exactly the same radius as the corners of the hatch flange, so was a good way of marking them out accurately.

Next I taped out the panels with blue tape to facilitate removal of squeezed out glue and to leave clean joins, as here on the starboard panel. 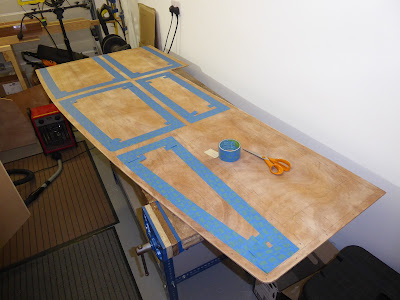 Then I cut out the openings with a jig saw, as here. 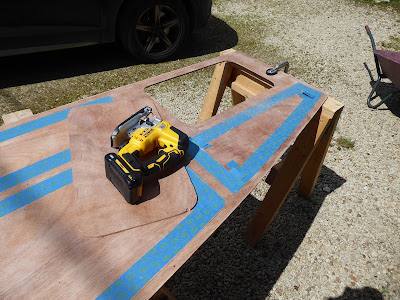 I borrowed my son's cordless DeWalt jig saw to do this. It's a bit more nimble on the corners than my corded saw. Thanks Nick!

The openings were then cleaned up and carefully trimmed with the Shinto file rasp and a SpiraBand abrasive wheel to get to the correct size. 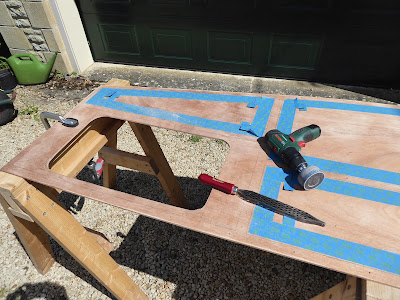 They are ideal for this task. A quick rub with a piece of sandpaper and a test fit followed for each hatch, like this. 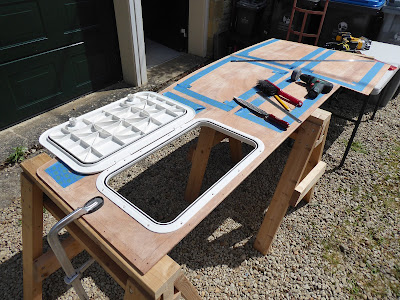 Finally I taped out the panel around the opening itself. For some reason I forgot to take a photo of this, so you will have to imagine it for yourself!

Next we will permanently install the decks. Terrifying ...